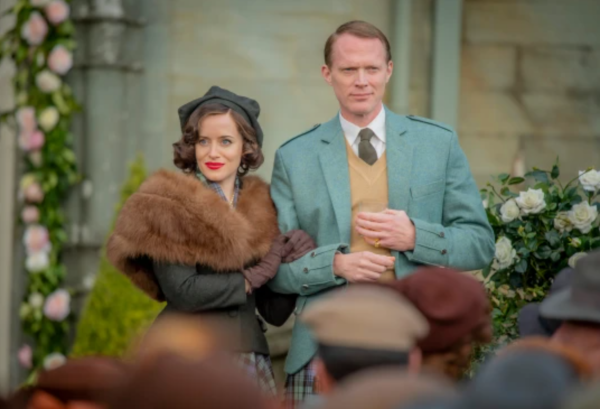 Sex and scandal are at the heart of a new series shot in Camden, as the borough played host to scenes from the eagerly-awaited drama series ‘A Very British Scandal.’

The new series for BBC1 and Amazon Studios stars Claire Foy and Paul Bettany and follows up on the success of 2018’s ‘A Very English Scandal.’

Residential locations in Gordon Square and Fitzroy Square were used to perfectly bring to life the luxury and glamour of the period drama in this script from ‘EastEnders’ screenwriter Sarah Phelps.

The story focuses on the life of Margaret, Duchess of Argyll following her divorce from the Duke. The very public break-up featured the notorious ‘headless man’ sex photo that scandalised British society in 1963, and was one of the most notorious legal cases of the 20th century.

Also look out for the five-star elegance of the Kimpton Fitzroy HoteI in Russell Square. This late Victorian gem is distinctively clad in decorative thé-au-lait (“tea with milk”) terracotta, and was based on the Château de Madrid near the Bois de Boulogne in Paris. Exterior and interior shots were filmed at this very special Camden borough location, making the most of the hotel’s palatial splendour.